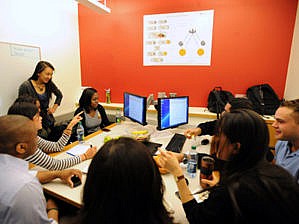 Business education has long been renowned for pioneering innovative learning and teaching methods, and Wharton is no exception. In fact, the high-tech educational tools and programs developed through the Learning Lab have positioned the School at the forefront of a relatively new pedagogical approach that’s taken classrooms by storm in recent years — simulation games.

It’s no wonder, really, that such an incredibly powerful and effective teaching technology is in high demand these days. However, as the popularity and complexity of our simulations have grown, so too have the challenges of working with third parties to develop and support our ever-expanding catalogue of offerings. So in 2016, we endeavored to do something about it, making the momentous decision to author an in-house simulation framework of our own.

We call it Simpl — and it is the Learning Lab’s vision for the future of education to the next level.

Written on Python/Django (which encourages rapid development and the clean, pragmatic design of web applications), Simpl has gone from white-boarding to, proof of concept, and now available as an Open Source framework in three years. 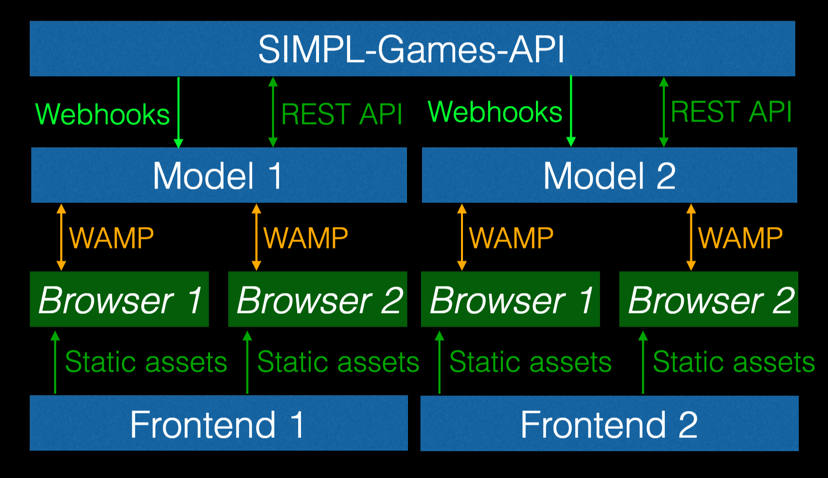 Having successfully completed the rewrite of several of our legacy simulations on Simpl, the Learning Lab team is moving full-speed ahead in this thrilling new direction, lining up a slew of other projects for 2017 and beyond — but the returns on our investment are already making it clear that this was the right move at the right time.

First and foremost, Simpl is allowing us to become far more nimble, able to make on-the-spot changes to the technologies we’re creating and implement or adjust functionalities when and as we see fit. No longer beholden to the time and limitations of third-party developers, we can now tailor every game to the specific needs of our audience, with the ability to address issues with underlying code bases without waiting on an external update.

And, as a testament to our newfound independence and in-house control, Simpl has been released through an Open Source license. Our ultimate goal, according to former Learning Lab IT Director Sarah Toms, “is to develop a rich community of practitioners and other experts around this framework, because we believe a rising tide lifts all boats.”

To learn more about this exciting initiative, check out the simpl.world, where there are a variety of posts from the authors of Simpl drilling down into specific areas of the framework.