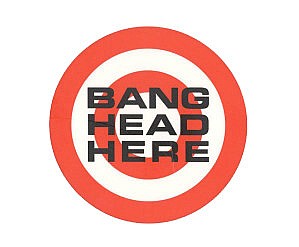 …Hey. Where did everybody go?!

Relax. When it comes to workflow efficiency or best practices, this is not a trick question. But it’s also not a question you’re ever likely to hear. That’s because people rarely ask for – or voice – an honest opinion on bad, bloated, or outdated processes. They’re just something we grudgingly don in order to get our work completed.

Truth be told, it’s oftentimes easier to bear the burden of “that’s just how it’s always been done” than to actually address the flaws of ill-fitting processes directly.

However, as part of my new role with the Learning Lab I’ve been given a unique opportunity to do just that. This need was born out of the Lab taking on an ever-increasing amount of multi-day simulations (such as the Executive Development Program) that require gritting through the bad stuff in the heat of the moment, while thinking of ways we could definitely do it better in the future. And just as you’d expect, I’ve found that tackling baked-in redundancies or antiquated inefficiencies can be a delicate dance between helping and offending. I’ve also learned that altering a process requires a process all of its own…

First and foremost, check your perspective. You may be frustrated and/or puzzled as to why something is set up the way that it is, but before you inadvertently insult its architects, consider that there may actually be a reason behind it. You won’t know unless you (tactfully) ask, right? Right.

Typically, things are done the way they’re done because, well, that’s the way that they’re done. Actively changing a given process can seem like too much work when it’s not a priority. Or, from a more sociological standpoint, it’s not uncommon for there to be a diffusion of responsibility throughout a team or department – i.e., everyone knows a certain process sucks, yet no one is willing to raise their hand and personally intervene.

But whatever the reason a bad process remains the process, ignoring it can significantly impact workflow and insidiously affect morale. Like technical debt, the enemy here is time – it just presents itself differently. With technical debt, the “ideal” is often understood and articulated, but time restraints demand that sacrifices be made and corners cut. Process, though, usually doesn’t get nearly as much consideration, perhaps due to the fact that attempting to architect a good workflow – or reform a bad one – is a big investment of time. 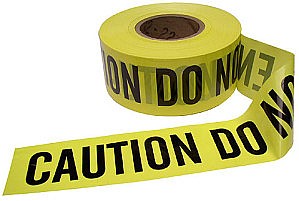 As such, these are some key points to consider should you ever endeavor to confront and revamp any ill-conceived processes that have been plaguing your team:

The Why
Is there a compelling reason to do things this way? What are the big gotchas that happened in the past that you never want to revisit in the future? A lot of times, a process is amended to address specific problems that have popped up, with refinement and rework occurring incrementally over the lifetime of the process. (But beware: Inefficiencies and weakness will start to creep in if a more holistic view is not taken when making these corrections proactively.)

Once you have a firm grasp on why something is done a certain way, it’s easier to discern how to go about improving things. It is, of course, essential to understand the correct order of operations at this point in the “process-repairing process,” taking into account what depends on what – and on whom, including the dependencies outside your team. Having a clear picture of why and how good intentions turned into bad process may even reveal the precise areas of inefficiency and what to do about them – e.g, maybe making a few tweaks is all it takes to realign an outdated work- or project-flow with the current environment.

The Tools
Have you made smart choices about the tools involved in your workflow? Are you, for instance, relying on personal cloud storage for critical business process when there is a team-provided resource? (This is a major liability for losing documents and knowledge, all but guaranteeing a given process will abruptly change when the person overseeing it moves on.) Does everyone have access to – and know how to use – the tools you (or your predecessor) have selected? If not, take the time to explain to your colleagues the most up-to-date and available apps. Moreover, good documentation – in the way of step-by-step procedures that can be easily found and maintained – goes a long way. The takeaway here is that sometimes a protracted process can be instantly improved upon with a better (read: updated) toolkit.

The People
Who needs to be involved in a particular business process? Who doesn’t? Does it require interacting with people outside of your team, who may do things differently? (Pro tip: Don’t assume your processes are the same, even if your goal is.) Try to actively include anyone involved in the targeted process by asking how they do the work. Some of them could have great ideas they’ve been waiting to share; if not, they may be more than willing to change their own involvement, where relevant, in service of your streamlined vision. Keep in mind that, in the end, giving due consideration to how your team members and outside partners work will help you recraft processes that are appealing to – and easily adapted by – everyone.

Lastly, if you’re in need of

a bigger-picture approach to restructuring workflow processes, look no further than the RACI chart – a matrix that aptly aligns your resources with the work that needs to be done. It’s primarily used to identify each person/position’s role in a workflow, which in turn removes the confusion, overlap, and redundancies that result in an inherently bad process. Using a RACI matrix also ensures that the right people get consulted and informed when processes they’re involved in undergo change.

Wear the Process, Don’t Let the Process Wear You
It may seem daunting to grapple with so many moving parts while shifting them in a new direction, spending time you don’t really have to interview busy people about, among other trivialities, the way they name and organize files. (Spoiler Alert: It is. I know because I’ve done it!) But in the long-run, the payoff is worth it – not just for you, but for your whole team and the people who will inherit your work.

And hey, while you may not receive a thank-you note, sometimes just seeing your colleagues or successors breeze through a process you took the time to repair is the sincerest compliment you can get.